I lost a friend a few weeks ago. It was sudden, unexpected and shocking. One evening he decided to exit the world on his terms, by his hand.

I liked Andrew a lot. He was cheerful, sunny, very smart and generous. He was always so pleasant to be around, and he always had a joke to share. He had a very sharp and witty sense of humor that didn't aim to hurt. He knew the hard knocks of life and savored every last bit of it. So why did he choose to leave so early?

I don't know. It can be said that it was just his time, that this was part of the big plan. I (and many of our mutual friends) were not aware of the dark thoughts that obviously plagued his mind. He hid this all very well, hiding in this darkness and witnessing whatever demons visited him.

Andrew's leaving really brought home to me that death is not what is scary, but what is left behind. I truly believe that wherever he is, he has a smile on his face, a beer and cigar in his hand and tapping his feet to some Irish music. However, for those left behind, there is confusion, sorrow, bewilderment and anger.

As with death, it is the living that the funeral is really for. We often turn our thoughts inward, wondering if we can live without their smile, their presence. Let's face it: we are self-centered creatures. We make it about us. In situations like Andrew's, it often makes you think about those times when living wasn't such an enjoyable idea. When you thought that things would be so much better, that the pain would finally go away, if you could just end it. Just leave it all behind. I have thought it often in my life; not necessarily leaving permently but simply wanting to curl up and leave for awhile, escaping life's pain.

I miss him. I miss his sunshine. I don't know all that was going on in his mind and I am sorry he felt this was the way to go. Who knows, maybe it was. I hope it didn't hurt, I hope he felt some degree of relief once he made his decision and I hope he now free.

Andrew, I salute you. It was an honor knowing you.
Posted by Purplemooncat at 6:06 PM No comments: 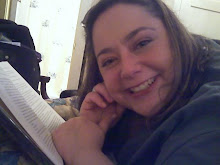